Farmers everywhere use low pressure drains (LPDs) as an important part of their irrigation wells. As widespread as LPDs are, however, they have one major flaw- they leak. Leaking mostly occurs when debris gets stuck in the device and holds the mechanism open, then allowing water to leak out. The way they are usually attached makes this an even larger problem because, to clean the LPD, the farmer has to shut down their entire system. Some have developed “fixes” for this, such as putting caps on the low pressure drain. Unfortunately, such solutions are out of compliance. See rule 4.5 at www.northplainsgcd.org/rules. 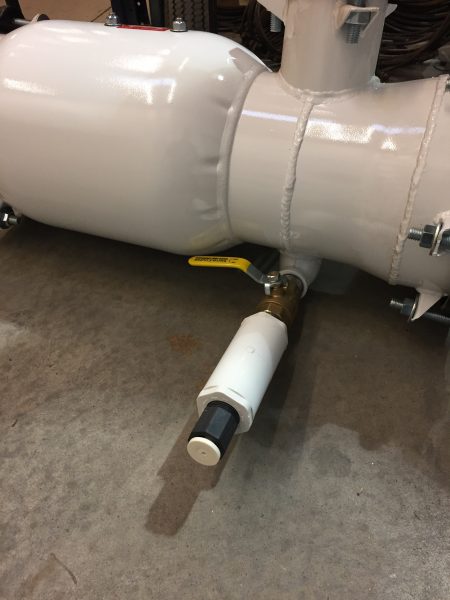 An alternate option for making LPDs more functional for the farmer is adding a cutoff valve and an oversized coupler to the well before the drain. North Plains GCD Natural Resource Specialist Chris Hanes recommends a poppet drain because it is easier to depress and clean out. While this doesn’t necessarily prevent the low pressure drain from becoming clogged or stuck open, the cutoff valve gives the farmer the ability to take the water pressure off the LPD temporarily so it can be cleaned without shutting down the well. To be in compliance, the valve must still be left open at all times except when the LPD needs to be cleaned or repaired.