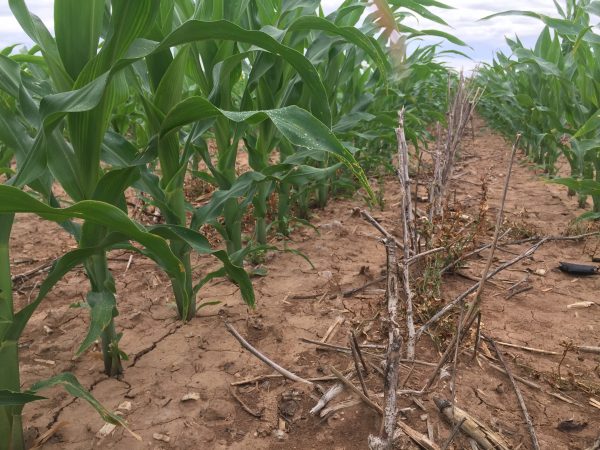 Corn and cotton rotations are a part of the ongoing demonstrations at the North Plains Water Conservation Center.

In order to extend the supply of water in the Ogallala aquifer, all water users must save water where they can. Agricultural producers who use groundwater to irrigate their crops can decrease their water consumption by adopting proven conservation strategies and equipment. To show producers the water savings and associated yields that can be achieved, North Plains Groundwater Conservation District showcases a variety of conservation methods at the district-owned demonstration farm, the North Plains Water Conservation Center (WCC) north of Dumas. This year’s robust demonstration list includes a comparison of irrigation strategies, a cover crop study, population trials, fertility management, and corn/cotton rotations.

Building on previous water efficiency demonstrations for corn, North Plains GCD is raising high yield corn in center pivot and subsurface drip irrigation (SDI) fields to compare efficiency and yield data. The corn in the north SDI field is presently receiving 0.3 inches of irrigation five times each week, which will continue or increase through the R4 dough stage of development and ramp down as the temperature decreases. Primary irrigation in the west pivot field was initiated on June 25, with about 1.6 inches applied in an eight-day pass.

Corn was planted in the SDI field on March 31 at the rates of 28K, 32K, 36K, and 40K seeds per acre. Controlled for all other inputs, the seed population demonstration can help growers reduce seed costs or increase yield. On the east pivot, corn fertilizer is being managed to target yield goals of 240 bushels per acre on the south half, and 260 bushels per acre on the north half. This is an effort to unlock yield potential in corn to maximize the bushel per acre-inch of water use efficiency across the district.

As cotton acreage has continued to increase in the North Plains, many producers are interested in understanding more details regarding cotton’s real economic and water-saving benefits compared to grain crops. By simultaneously growing corn and cotton under center pivot and subsurface drip irrigation at the WCC, harvest data can be compared to total water, agronomic inputs, and market prices to determine net return per acre-inch of water across multiple production systems and in a corn/cotton rotation. 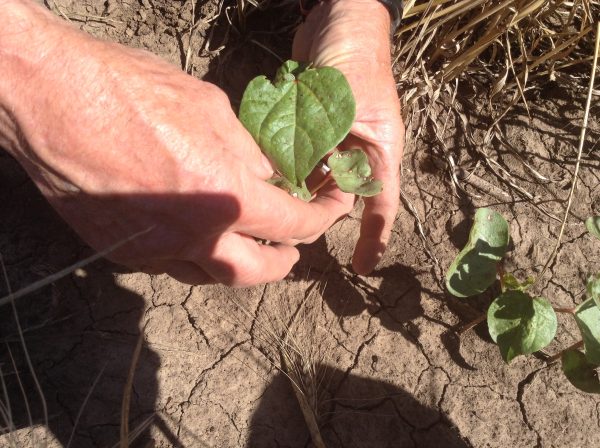 Matt Whiteley observes a young cotton plant in Sherman County during a Cotton & Conservation video series update, investigating the inconsistency in plant size throughout the field.

A cotton high population demonstration was planted in the west pivot at the WCC, with a seed drop of 45K, 65K, 90K, and 110K seeds per acre on May 7 in four large replications. Due to the cool spring and delayed germination, stand counts collected in early July show 50-60% final stand across the plantings, effectively changing this project into a low population demonstration. In a season where many North Plains producers abandoned lower population cotton due to insurance pressures, this field will be useful in recording what type of yield and economic results can be expected in reduced population scenarios.

Cotton seed varieties are also being tested in a partnership with Texas A&M AgriLife Research Service as part of the Replicated Agronomic Cotton Evaluation (RACE) trials. The south SDI field is planted in 12 popular cotton varieties and being monitored for agronomic conditions including growth stage, heat units, irrigation, pesticide application, and fertility. These trials are designed to help seed manufacturers develop better seeds for this area, and Texas A&M AgriLife Research Service will use the data to develop an accurate cotton development standard for the North Plains.

Early indications show that the cotton planted in the subsurface drip field had slightly better uniformity and early growth than the pivot cotton and that all cotton will require multiple applications of plant growth regulators. Boll loads are moderate and no excessive shedding has been observed.
The district’s partnership with AgriLife Research also includes a cover crop study that began last winter and will continue for three years to determine the impacts of several cover crop blends on soil health and crop performance.

To follow the progress of these demonstrations, sign up for North Plains GCD’s agricultural demonstration text list by texting WCC to 313131. You can also see video updates on the district’s YouTube channel and at www.northplainsgcd.org 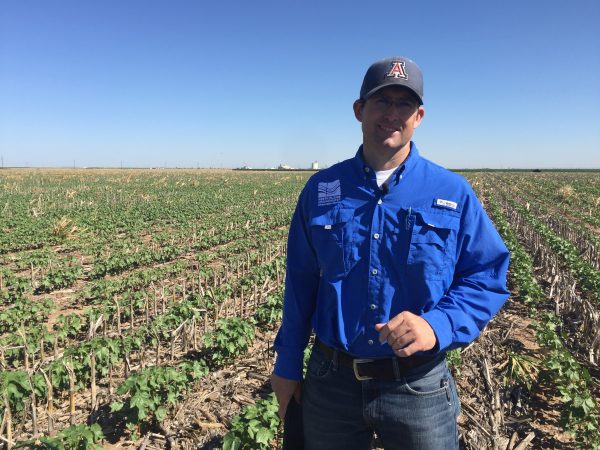 Nicholas Kenny prepares to record an update on this field at the North Plains WCC for a Virtual Field Day. The Virtual Field Day provides video updates to stakeholders on the status of demonstrations, so they don’t have to lose a day on their own operations.